You have leveled up! How Gamification Can Change The Way You Share Your Life Experiences. 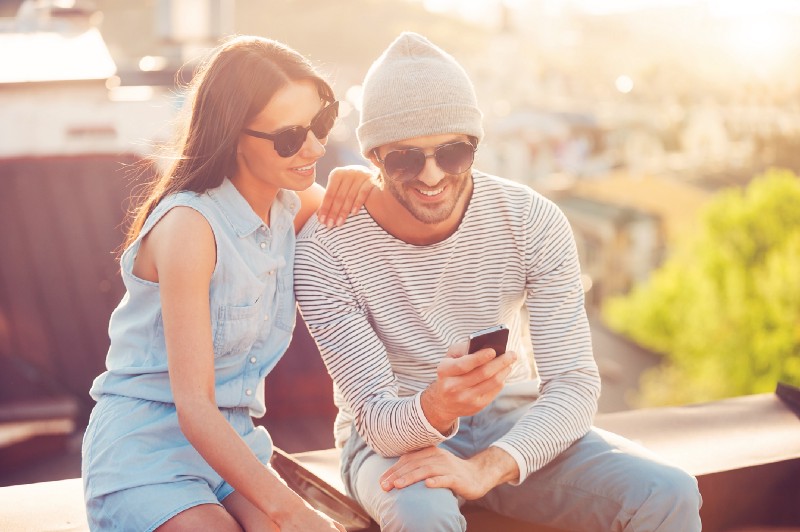 The immense popularity of games such as Angry Birds and Candy Crush hasn’t gone unnoticed by anyone, unless they were living under a rock. Players love to spend hours playing these games with the chance of leveling up, scoring the most points and beating their friends at it. These games have become even more popular with people belonging to the older demographics, who have begun buying smartphones so that they can play such games and spend some of their free time in feeling the thrill and rush of achievement and progress that they felt in their heydays. The gaming industry is a multi-billion dollar industry today for a reason, with new concepts being explored every day and new players joining in on the fun.

Games are being developed at an astonishing rate today and investors are ready to invest millions into the development of the games because they are confident that the excitement of playing new games will attract many more players. The number of people a game can reach, whether the game is on a smartphone or a computer or a console such as a Playstation, is tremendous. Games become exponentially popular due to the ever increasing reach and influence of the social media. It is obvious that games are now more demanded than they ever were.

Games are not only the domain of the youngsters or kids. Even children as young as two years old are playing games on their parents’ smartphones. Older people have fun sharing their scores and the items that they received as rewards on social media. Games have become one of the critical ways to influence people and spread a message in the most immersive and interactive way.

The current generation has been the most avid consumer of technology and all its benefits. We have adapted extremely well to all the technological changes and we have been extremely receptive of every breakthrough. We are always innovating and creating new and better ways of doing everything, right from washing laundry to making reusable rockets. We have also made use of technology for creating a network of people on virtual platforms so that we can share our thoughts, opinions, pictures, emotions, and whatnot.

We are always looking to better our experience even from the technological perspective and this has propelled humanity to unprecedented advancements. We all use popular social media such as Facebook, Twitter, Instagram, WhatsApp in an attempt to connect with the world and broadcast our lives to anyone willing to see it. We share our personal experiences and private pictures in the hope that people ‘like’ it and comment what they think about the same. Many people enjoy this social validation of sorts, even though there is usually nothing material to gain from it.

But consider this. How about making a game out of the life that you are currently living? Imagine being awarded points for doing the voluntary work that you do every year and those points reflecting on your profile thereby strengthening your reputation. Imagine being awarded points for sharing your experiences, for completing certain challenges given to you by other ‘players,’ for being an active person on a certain forum or a community. Incentivizing an already lucrative avenue will ensure survival and long lasting impact of the medium. And that can be achieved through gamification.

Gamification basically implies applying game-like constructs to traditionally non-game situations. If we gamify the variety of activities that all of us undertake by giving points or scores and making sure that people actually undertake the activities, it is going to make sharing of all that we typically do on the social media even more rewarding and satisfying.

Gamification will lead to better community participation in hopes of besting other players in terms of levels attained. Gamification will ensure that people share their most genuine experiences and for doing so, they be awarded points. It will be a great incentive for people to be able to engage in social events so as to improve their points tally and eventually level up in comparison to their peers. Games have always been a great way to inspire healthy competition among the players. Completing quests, missions, tasks, challenges has always motivated players to continue playing the games by providing them with the innate sense of accomplishment and satisfaction. The completion of these tasks and missions makes them wanting for more. The prospect of a more challenging situation and/or the uncertainty of the rewards keeps the players intrigued.

The idea of life being a game is not new to us. But if all the statistics could be represented in the same way as in a game which could be viewed by other players and be used as a verifiable overview of the person, it would be both very useful and convenient. Every experience in the form of a photograph or a video or a blog post will result into gaining of points. The more points one has, the better their chances of being an expert in their particular field. The players will be able to both play the game and do what they regularly do with greater motivation and energy. And to facilitate this much more enriching way of recording and sharing of our experiences by gamifying the entire process, Exp.life comes into the picture.

Exp.life looks to make the experiences of the people verifiable and more value adding than they already are. It aims to gamify the lives of the players and enable them to record and upload their experiences in a way that makes it both genuine and authentic, which can be relied on by other people. The experiences that they wish to upload could have a permanent record, thanks to the application of the blockchain technology. Incentivizing is an important aspect in ensuring that there is increasing and continued participation of the involved parties.

Exp.life will actually transform the ‘game of life’ as we know it into a game-like structure which can be recorded and documented and will permit authentic sharing of experiences, while also rewarding the players for the same. It is bound to make people think twice before they upload anything on the internet and undertake challenges only if they actually are capable of completing them. Exp.life will certainly make this game a little more rewarding and worth playing.