Elections on a Blockchain? 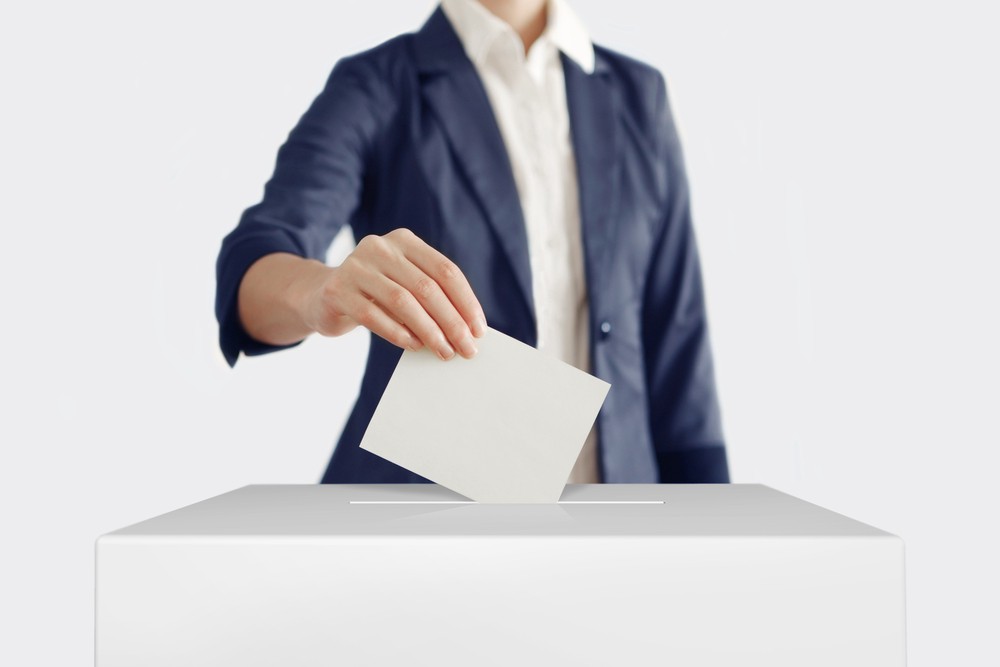 Casting of votes is an important aspect of democracy. The whole idea of democracy is based on every person getting a say in the decision making process or of electing their representatives to collectively govern them all. Voting means giving your approval to a person, decision or opinion of your choice. It may be in the form of oral voting, paper voting, electronic voting, or a combination of any of these.

Voting is integral to ensuring that anyone and everyone can exercise their right to choose what they think is best for themselves. Almost all the governments in the world have been elected by the casting of votes by the citizens of the respective country.

We all have, at some point of time in our lives, cast votes. Be it for the selection of a group leader to electing our presidents and ruling parties. Traditionally, votes have been cast using paper ballots wherein people have been given sheets of paper to write down, or stamp on, the name of the person they wish to elect. These sheets are then put into ballot boxes and on the completion of the voting process, these boxes are emptied and the votes are counted. Another way of casting votes is through an Electronic Voting Machine or EVM. The names of the people who are contesting in the election are listed on the EVM. Against their names are buttons which, when pressed, is registered as a vote for them. Each vote is stored in the machine itself and once the voting process is done, all the EVMs are collected and the votes are tallied by uploading the data on a computer. Nowadays, companies and other institutions are also using the internet to conduct elections and accept votes. A registered voter can log in and select the option that they want and submit their vote.

Unfortunately, even though the motive behind voting is to be democratic, fair, and transparent, it is marred by the unethical and illegal practices that have plagued the system of voting for ages now. People in power have always tried to influence the results of voting. They use their influence to employ certain people involved in the election process to cast fake votes or threaten the voters to vote for them. There were a lot of videos circulating around the internet which showed clips of polling booths in Russia supposedly during its recent Presidential elections. These clips showed the officials in the booths putting in extra ballots into the box. These videos cannot be verified. However, the point being that it is easy to manipulate the results when votes are cast through paper ballots.

EVMs themselves are not free from being tamper proof. Some countries such as Germany, England, France and the Netherlands have banned the use of EVMs because they lack transparency and the legitimacy of the votes cannot be established. Also, there have been cases of EVMs being hacked and the votes being directed to the desired candidate. And as far as the internet goes, it is safe to say that nothing is impervious to being hacked on the internet. The major underlying concern is that there is no way to know the tally of votes until the results are out. And the declared result too is subject to being influenced, because there is no way to verify the actual count.

Under such circumstances, it becomes difficult to trust any mechanism which will ensure complete fairness and transparency of votes and elections. But technology has always enabled us to find solutions and better way of doing things. And coincidentally, technology has the answer for this problem as well.

The blockchain technology is revolutionary. It has ushered in an entirely new way of data recording and management. The technology is, at its core, democratic in nature. This means that the blockchain is beyond the control of any single person or entity. It achieves this by decentralizing the storage of data and information on a number of computers on a network. The data once recorded on a blockchain becomes permanent and it is almost impossible to hack in and mess with the data.

The blockchain technology is the reason behind the immense success of cryptocurrencies like Bitcoin. Payments made through cryptocurrencies are extremely safe and there is no way that the transaction can be misappropriated or the currency stolen from the holder’s account. This technology can be very effectively used for casting and recording of votes without the typical concerns of traditional voting methods hindering the voting process ever again.

Votelock has therefore been created to harness the benefits of the blockchain technology for making the voting system secure and provide transparent tools for anyone to audit the results. Votelock enables anyone to cast their votes from anywhere, with complete secrecy and security. The convenience of voting from anywhere in the world as long as you are a registered voter is unmatched and desirable in today’s scenario. Imagine the time and costs that can be saved by avoiding the use of polling booths and the manpower required in managing them. The voters need not take time out of their lives and go to a specific place to cast their votes. Votelock also enables the creation of customized ballots rapidly which will ensure control and secrecy. The control refers to the control over who will be given the permission to vote and not on the result.

Votelock will also promote utmost transparency by publishing each vote anonymously. This will ensure protection of the privacy of the voter and allow anyone to validate the elections.Votelock will also facilitate quick and verifiable results. These results will be accurate as well as confidence inspiring.Votelock therefore promises a better future for the voting system. All the persistent problems with the existing methods of voting will be eliminated by the application of the blockchain technology throughVotelock.

Elections may soon see an increased and enthusiastic participation from the voters owing to the convenience and transparency of Votelock and the confidence inspired by the blockchain technology.