Why this is the right time to invest in Expanse 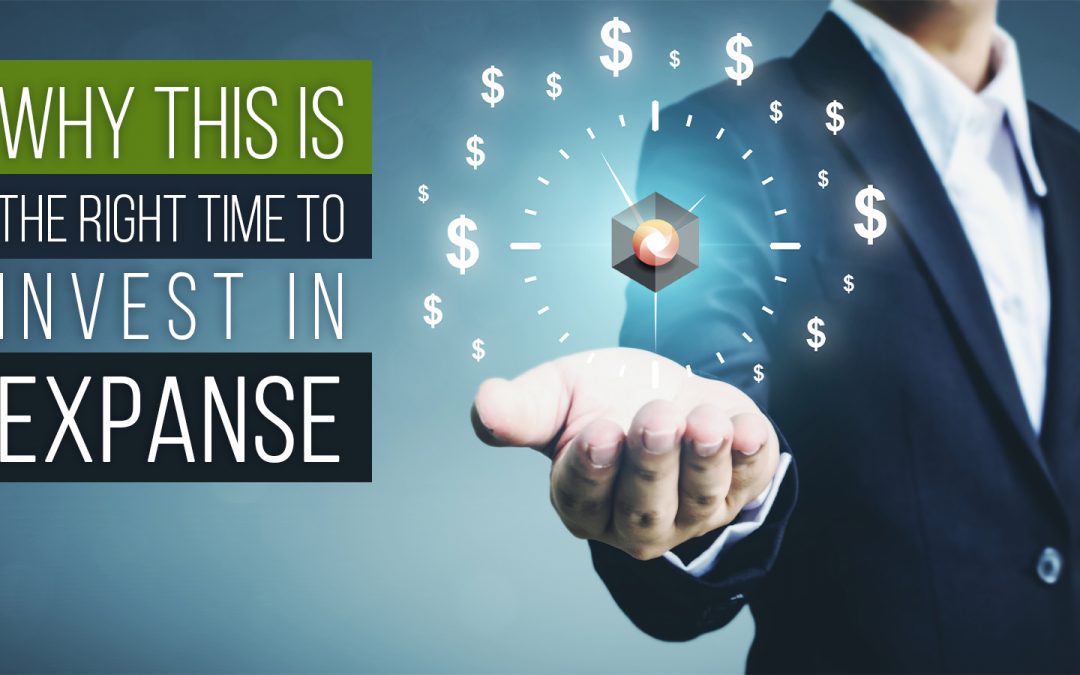 It is evident that the digital currency markets are going to strengthen in the future in the light of the growing volumes of digital currency transactions and holdings. 2gether, a major fintech company, noted a 22% rise in trading volumes in a week in March itself, which is when the global economic lockdown was only beginning.

It was, however, marked by a dip in the prices of Bitcoin which was attributed to the panic sell-off of Bitcoin holdings. On the other hand, experts have pointed out that the reason for the dip can be more accurately attributed to the halving process which is repeated every four years. These halving processes can be predicted by experts along with their specific impact on the prices, proving the stability of these tokens compared to more speculative financial asset classes.

The volatility of the financial and currency markets have been exposed clearly. It is more so now given that the pandemic makes physical contact difficult. As a result, paper-based transactions need to be reduced and mobile tracking of transactions along with more anonymity and protection of data is crucial. It is no surprise then that people are falling for cryptocurrencies.

In fact, even international organizations like UNICEF are looking to apply cryptocurrencies more effectively to combat the problems of today. Recently, the organization announced that its Cryptofund will be investing 125 ETH in 8 startups from the developing world which will be using their technologies to mitigate hardships caused by the COVID-19 crisis.

Similarly, the greater popularity of Bitcoins is also not a surprise given the early bird advantage that it has over all the other cryptocurrencies.

What and Why of Altcoins?

Despite the large share of the market being captured by Bitcoin, several other options for investment are appearing in the form of what are called altcoins. They had, in fact, started appearing just within two years from the launch of Bitcoin by Satoshi Nakamoto in 2009.

Bitcoin has a large market cap of about $168,234,000,000 USD This implies not only a large volume of trade but also a large supply in circulation. This inevitably means that the major purpose of this coin is trading as an asset. There is very little other use for the token. The earlier altcoins generally used the Bitcoin codebase, but with passing time the altcoins started becoming increasingly more differentiated from the original Bitcoin code. They were modifications and improvements upon the initial technology. They have largely been used for diversifying the risk. However, it often goes beyond that, and they are being used for various specific utilities today. Experts suggest that greater adoption of altcoins soon will be largely dependent on their usability.

The appearance of Ethereum saw the biggest revolution in this respect. They changed the way the decentralized networks and trust as the basis of financial and economic entities were perceived. Through Ethereum, not only the functionalities were made more efficient, but a whole new set of features were also added to the distributed ledger technology developed by Satoshi. It allowed the creation of decentralized organizations as well as smart contracts that set the rule for the transactions in this sphere and delineated how the decentralized technologies can be used for various other purposes than conducting anonymous financial transactions. This has now allowed the formation and use of decentralized technologies and unique tokens within varied sectors like messaging apps, supply chain management, marketing, and ride-sharing, to name a few.

This has also marked a steep increase in the number of altcoins produced within the crypto sector. At present, the total number of alternative coins stands at 5098 across the world. Expanse is the first stable fork of Ethereum and it tries to focus on the usability of a token and wants to improve on the existing tokens in this respect.

Expanse has a market cap of $588,278  and the difference between the tokens in circulation and the total tokens in supply is significant. This means that while the volume of trading is low, there are a significant proportion of the tokens which are being used within the ecosystem by community members carrying out transactions. This is evidence of greater usability of the Expanse tokens (EXP). Moreover the Expanse’s smaller market cap suggests a higher chance of growth compared to Bitcoin or any other token with a large market cap.

Why Should You Invest in Expanse?

All these factors contribute to greater usability and greater transparency which are key to the adoption of altcoins. Therefore, Expanse has the potential to become a large scale decentralized community of equal stakeholders and can be used for purposes beyond diversification of asset holdings which is the case for most digital currencies, including Bitcoin.