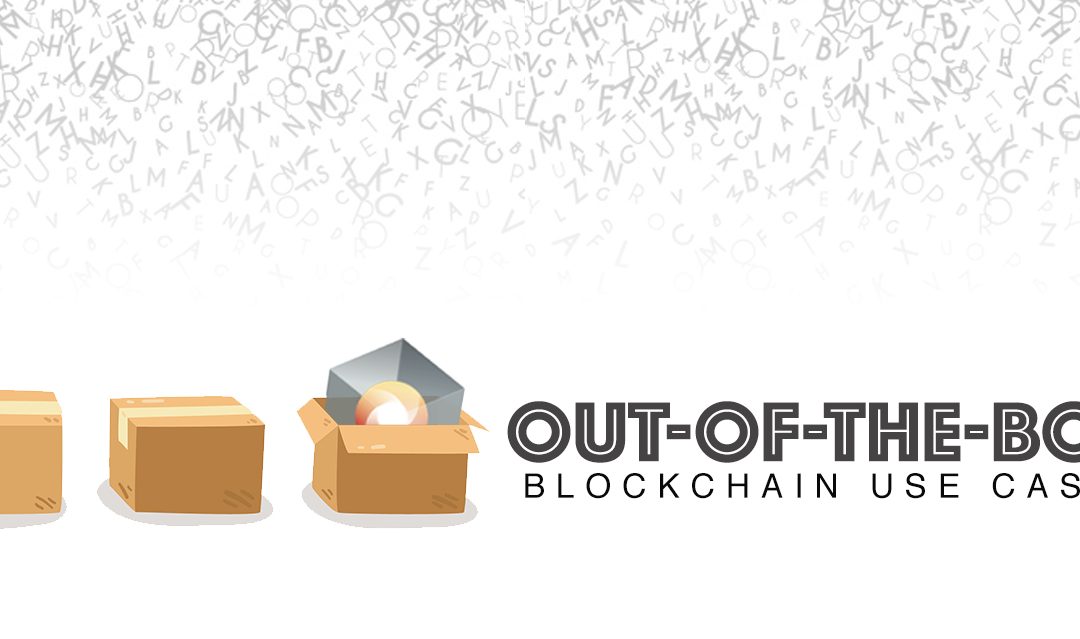 The nineteenth-century saw the discovery of electricity and soon enough it was put to use in practically all fields of life: from light bulbs to electrocution. Who would have guessed the upcoming events a century ago?

The decade before us saw the growth of blockchain: another technology carrying the potential to change the world. And as it is with all the great inventions, blockchain offers qualities that can be put to use in several ways.

We have so far witnessed blockchain supporting the future form of finance: cryptocurrencies, which is very impressive. However, there is always room for more: here are 10 unusual blockchain use cases which would prove the worth of our beloved technology ten times over.

There was a time when people used to hide their gold coins for fear they would be stolen: very long ago. Today, the threat is not the loss of treasures, rather, something more dreadful: identity theft.

Identity theft can be defined as the ‘deliberate use of someone else’s identity, usually as a method to gain a financial advantage or obtain credit and other benefits in the other person’s name, and perhaps to the other person’s disadvantage or loss’. According to a report by the U.S. Department of Justice, in 2014, around 17.6 million identities were stolen in America: these are not the statistics which could be overlooked.

Coming to blockchain, we know that it is a decentralized technology and it is next to impossible to hack into it. Due to this property, blockchain can secure digital IDs and also eliminate the nuisance of multiple passwords and bulky paperwork. Thus, it plays the role of an infallible watchman, protecting all of one’s private data.

Watch for Expanse’s own answer to identity management on the blockchain in the form of our Universal Know Your Customer ULYC) application currently in development.

Apart from casinos, which have already stepped into creating digital wallets and even currencies for their customers, blockchain can be used generally in the gaming industry.

Many games have emerged which have been created by using the blockchain technology to produce digital and analog gaming experiences. A few examples of such gaming include BitPainting, CryptoKitties, and Chimaera.

Yes, blockchain can be used for humanitarian purposes as well. One of the best examples of this use case is the World Food Programme’s (WFP) Building Blocks. The project was established in the year 2016; its major aim being using decentralized digital ledger technology for making cash transfers.

By January 2018, the program assisted more than 100,000 Syrians who had taken refuge in Pakistan and Jordan. It further aims at providing assistance to all the 500,000 WFP-supported refugees living in Jordan.

In a recent use case, Siemens has partnered with a startup by the name of LO3 Energy using an application called Brooklyn Microgrid. The collaboration’s service is aimed at enabling the citizens of Brooklyn who own solar panels to transfer energy to others who need it. The entire transaction completely lies in the hands of consumers and the people who own the solar panels.

Cannabis is an intoxicant. However, its health benefits have been known to people for years. For this very reason, cannabis trade is gaining acceleration in many parts of the world.

There are two main benefits that blockchain could bring to the cannabis trade: transparency and anonymity. In the United States, cannabis trade recorded $9 billion in sales in the year 2017 with an estimated growth of $21 billion by 2021. These are ridiculously huge amounts and a cashless solution like blockchain can provide security to the business owners. Transactions can be tracked with greater ease and more transparency and accountability: something which traditional banking does not offer.

Blockchain has a promising use case to offer the healthcare sector as well. There are several examples to prove this right, the first being that of Gem, a startup working with the Centre for Disease Control to store the data of a disease outbreak on the blockchain which could lead to effective measures for relief and response.

More examples include MedRec and SimplyVital Health. The first is a project taken up by MIT which deals with blockchain electronic medical records. The second keeps an eye on the progress of a patient after he/she is discharged and also provides decentralized health records of patients.

Elections in nations face many problems in the present times. The biggest of these problems is that of voter frauds and dead voting. Also, it is necessary for a voter to be present physically during voting. This could lead to a decrease in the overall voter turnout because in many cases the voters might not be able to make an appearance physically.

Online voting has been avoided until now owing to security reasons. Blockchain, with security next to impossible to break, provides just the right way. Since hacking it is not possible, the votes can be registered on the blockchain. Moreover, it would also eliminate the problem of voter fraud by providing transparent records of the voters, which again could not be tampered with.

Expanse’s VoteLock is an example of assisting the democratic ideology.

Title records are mostly maintained as paperwork. There are two problems this creates: first of all, having such massive records on paper is quite cumbersome. Secondly, the records thus maintained are vulnerable to fraudulent activities and can be tampered with.

The blockchain technology, decentralized, transparent and 100% secure could provide a valuable aid to the process of notarization.

Ubiquity is an enterprise which aids title companies, notaries and resellers.

With the help of blockchain, music artists can remove middlemen and can directly sell their music to their fans. Both Bitcoin and Ethereum support micropayments which can lay the base for a novel artist and fan relationship.

Several platforms are already working to reap the benefits of blockchain technology in the world of music. Examples include the Ethereum-based platform Choon and UJO.

The last use case mentioned here is the most surprising and the most interesting of all.

To combat the social bias for same-sex marriages, Swedish company Björn Borg has created Marriage Unblocked, a platform where couples can propose and marry on the blockchain irrespective of their sexual orientation. The records are anonymous and if one wants, one can obtain a certificate for the marriage too! The first traditional marriage recorded on the blockchain took place in Orlando, Florida Sunday, August 5, 2014 during a Bitcoin conference at Disney World in Orlando, Florida.

This list is non-exhaustive. However, the few use cases which have been mentioned here all point out to the potential of changing the world for the better, a feature the blockchain technology carries in itself.