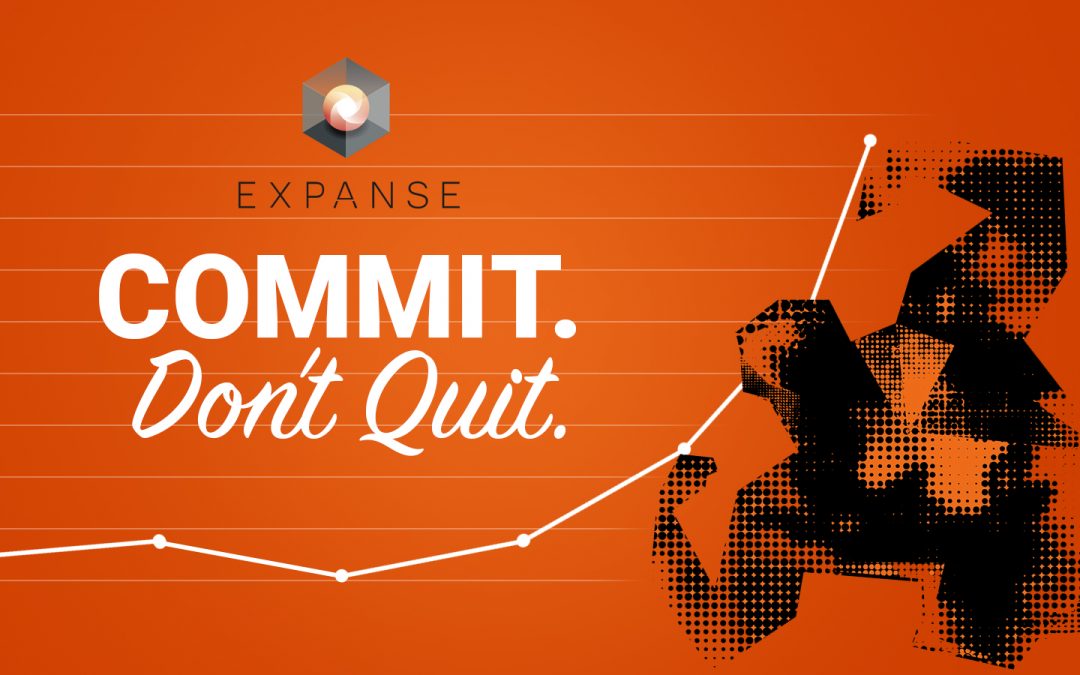 Welcome to the seventeenth edition of the Expanse Newsletter for 2018. This publication is a bi-monthly newsletter issued on the 1st and 15th of each month to share happenings within our community. Here are a few highlights in this edition:

The PEX Airdrop Happened. What now?

As you know, the EXP team just airdropped a new token, PEX,  to the Expanse and Tokenlab community. Airdrops are a straightforward way to bootstrap a user base for a new product, in this case, the Expanse Decentralized Exchange, EXPEX.

The airdrop piloted the Tokenlab Airdrop module, one of the applications that comprise the Tokenlab self-service suite of products designed for ICO management. It went off without a hitch. (If you have not found your PEX, email [email protected])
Expanse secured the services of an external development team to create EXPEX, and the final code has been delivered. We are in the process of branding the UI and will publish a launch date soon.  So, hang onto your PEX!

Read more detail here about how it all works:  https://expanse.tech/understanding-pex-token-utility/

The new Expanse wallet, Luna, is now public and ready for download. The download links are on the Expanse.tech website or you can use this link:  https://expanse.tech/downloads/

The existing Expanse Mist wallet is a fork of the Ethereum Mist wallet. However, Luna is a wallet we developed with our own original code, and promises to be one of the most feature-rich wallets out there once all of the development is complete. For now, feel free to use either Mist or Luna. We will give you plenty of notice when or if we discontinue support of the Mist wallet version.
Many thanks to all of the Expanse Army 1st Lieutenants who participated in the beta-test. Please continue to report any bugs that may have not shook out during testing.

Our Chinese marketing team, led by Community Manager Alex Zhao, is putting the final touches on the Chinese version of the Expanse website. They project a 10/1 launch date.
Some of their other accomplishments include:

Gameboard – We Believe in a World Where People Want to Play!

Gameboard is an EXP.Grants partner. We asked their team to help us understand the gamification principles behind the Gameboard dApp. We learned that there are indeed scientific theories behind all of this play.
When talking about Gamification you automatically think about adding points to a platform to make it “fun.” However, there are many more factors that affect the degree of fun or interest in a game on the part of the players.
Many applications that have come onto the market use the basic principles of gamification as part of the design. We have covered them in other Expanse articles: Frameworks as Octalysis or 6D approach of gamification. It is important to establish that there are two important parts in the application of Gamification to a platform or system: Dynamics and Mechanics.
Dynamics consist of all the activities added to the game based on the actions of the players:

In the design stage of a game (pertaining to the dynamics) the User persona is also established to model potential users. The needs, the objectives, the emotions and the feelings are also established during this phase of design.

I have the Dynamics, now what?

This is the part where Gameboard comes into play and where the mechanics are necessary. The mechanics allow for establishing the points, levels, badges, challenges and other forms of measurement. The activities within the gamified process are recorded in this part. Without this, we would not have analysis of the information.
Gameboard saves and stores the information generated by the dynamics so that it can be analyzed and collaborate in the decision making. Even more important, it allows for recordkeeping and control of the actions of each player.
The fact that users can receive rewards is one of the most important features, especially because it is the way of measuring performance in terms of

The Gamification Playground on the Blockchain

By integrating Expanse blockchain technology, Gameboard safely stores each record of points earned by the player, these being value transactions that rely on the security and permanence of the blockchain to store and redeem points for the players.
There are two current lines of business for Gameboard:

For both options, Gameboard provides information analysis, progress, behavior and motivation across any of the different platforms. Gameboard respects the anonymity of the players, so it does not store sensitive information about its users.
Currently, we have finished the Gameboard base engine, the API that allows integration, and the user and administration platforms. Each section of the system is customizable so that it has the look and feel of your company or platform.
We are very close to launching the new functionalities including the integration with Expanse’s technology. So, stayed tuned!

We believe in a world where people want to play!!

We continue to be excited about the potential of the Slips project, which was one of the first batch of projects to receive grant funding from Expanse.
Did you know that straight out of the gate, EXP (Expanse) is the only payment option for the Slips platform? When the platform launches, people will only be able to make real money bets with the EXP token. Now would be a very good time load up on Expanse in advance of their launch!
As one community member surmised, “This is a great example of what makes the Slips partnership so awesome—Slips gamers will have to settle bets in EXP. People who have never had any interest in crypto won’t have a choice but to buy EXP if they want to use the platform for something that has already been demonstrated as a need in the online gaming community.”

A quick reminder to those who aren’t up to speed on what Slips is hoping to achieve. The team are working on a project which will allow gaming fans to use the Expanse network to challenge each other to bets whilst watching their favorite streamers on platforms like Twitch.

In the last newsletter, we mentioned that it was possible for users to create channels and explore what was available on the Slips platform. Now you can even create your own profile. We decided to give the functionality a quick spin earlier and were amazed by how nice it looked!

As well as being able to make our profile look the way we wanted, we were able to post status updates, link our existing social media accounts, manage the official Expanse channel on Slips and even follow other users.

Take a look at the Expanse profile on Slips here https://slips.network/profile/EXP/home:

If you are feeling adventurous (or curious!) why not register and make your own profile? The Slips team mentioned in an announcement in their Discord channel (https://discord.gg/mJHJ88U) that they are looking for help from users to iron out any bugs.

Meanwhile after successfully launching the profile feature, they are continuing to work hard to get the proof of concept released. They’ve spent the last week finalizing specifications and requirements for the next milestone in the project. The UI work has already begun and coding will also resume next week. We have a few sneak previews that we obtained below:


We look forward to the launch of their dApp on the Expanse network.

Per the dev team, we are close to releasing some of the applications that comprise the Tokenlab self-service suite of products designed for ICO management. Recently we put out a call for testers to try out the beta versions of the Luna wallet. The response was overwhelming, and we qualified nearly 40 testers. These same testers have access to the private channels for Tokenlab beta testing. If you did not apply and want to test Tokenlab, complete the application form here
Beta-testers receive a promotion to 1st Lieutenant in the Expanse Army.

SomosExpanse. Our Digital Magazine in Spanish

Spanish is the second-most spoken language in the world. The market continues to grow—especially for the Expanse community. To that end, we have created SomosExpanse (We are Expanse).
SomosExpanse is a digital magazine whose purpose is to inform and educate about blockchain technology. The project is born from a motivated community, integrated and growing. To accomplish this, we have added a dedicated Spanish-speaking communications team to the Expanse infrastructure.
All of the Expanse project content routinely created in English (news, blogs, newsletters, social media posts) is translated and placed on the SomosExpanse platform. We also integrate articles  from reliable sources, such as Criptonoticas and CoinCrispy, in order to offer more robust content.
We are focused on creating an interactive media strategy with valuable content, as well as constant updates about Expanse and the world of the blockchain. We developed a progressive APP for you to have it directly on your phone with notifications and amazing content.
This strategy is complemented by postings to social networks, including Diiscord, Instagram, Twitter and Steemit. We invite you to follow (and like) us on these social networks:

We have plans to replicate this communication strategy in many other languages, including Chinese and Japanese. We invite you to participate by suggesting other languages for the concept or by serving as an ambassador to help provide content. If you are interested or have any suggestions, please write to [email protected]
We are Expanse.

Usually, we provide a list of compelling quotes gathered from community discussions. This time, we decided to feed back a narration of an important discussion that took place last week regarding the current crypto market conditions. In case you missed it, I’m sure you’ll agree that we have one of the most insightful, clever communities around.