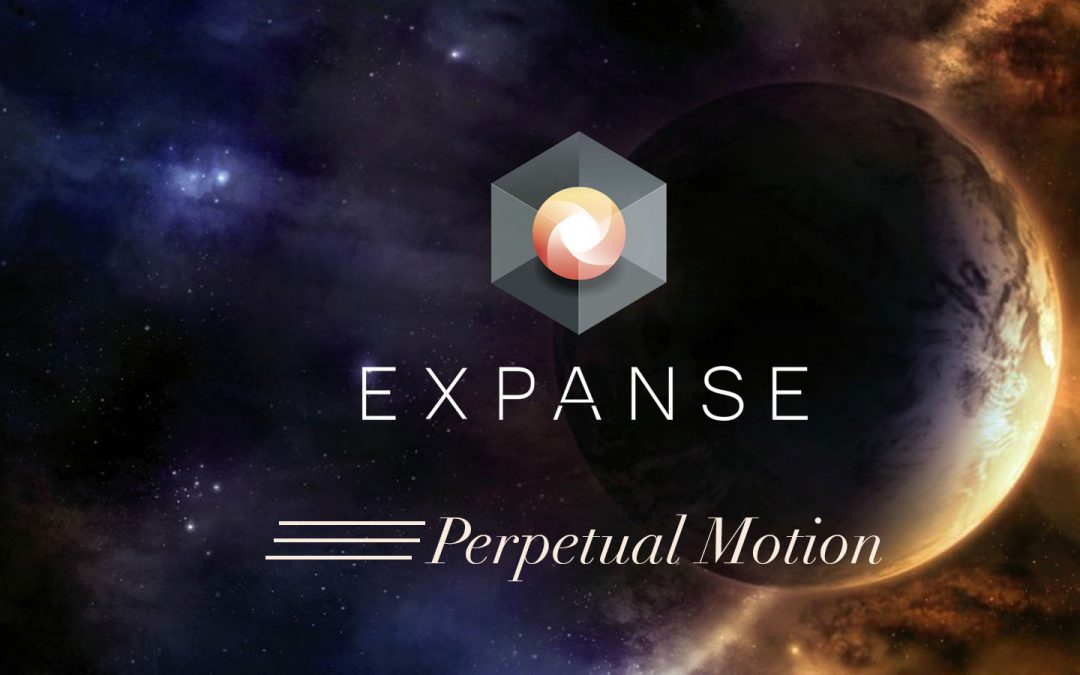 Welcome to the fourteenth edition of the Expanse Newsletter for 2018. This publication is a bi-monthly newsletter issued on the 1st and 15th of each month to share happenings within our community. Here are a few highlights in this edition:

The PEX airdrop to our EXP and LAB token-holders is set to take place on August 31, 2018. As you know, EXPEX (PEX) is a fork of the decentralized exchange standard, Ox.  The contracts for PEX have been launched and the Expanse decentralized exchange is in development. The new exchange will launch on the Expanse blockchain. There is a new PEX channel for our Discord community where you can ask questions and read comments from our community members. Here are answers to some of the most commonly asked questions:

We  are still looking for Ox developers. Send a direct message (DM) to Christopher Franko to apply. Watch for the promotion and build-up to the airdrop over the next few weeks. Follow developments in our Discord channel, https://Discord.me/expanse

Our Journey from Ox to PEX

Out of the two types of cryptocurrency exchanges in operation today, the decentralized exchanges have captured the imagination of crypto investors, traders, developers and enthusiasts alike. The primary reason is that they run on the basic philosophy on which blockchain technology is based – decentralization. So while centralized exchanges operate as “brokerage houses” doing all the heavy lifting for you in exchange for fees, a decentralized exchange, or DEX, is more of a “do-it-yourself” platform, where you make the trades and hold the funds in your account. The biggest advantage is that there is no intermediary to whom you entrust your funds. Most large and well-known exchanges are centralized.
DEX has many advantages that make it attractive:

Ox is the industry standard for decentralized exchanges built for the Ethereum virtual machine. Earlier, it raised an undisclosed sum from some big funders to get a jumpstart on other decentralized exchanges. The founders told the community at that time that the exchange will operate as a non-profit foundation.
At Expanse, we recognized the potential for having an Ox exchange on EXP, but when we reached out to Ox, their team was less enthusiastic since we wanted to launch it on Expanse.Tech. This reaction went against the grain, and everything a DEX stands for, giving pause to their commitment to the value of open-source. In fact, at the time of raising funds from Polychain Capital, Blockchain Capital and Pantera Capital, along with Chinese investment firms Jen Advisors and FBG Capital, Ox co-founder and CEO Will Warren was quoted as saying, “We don’t extract any value from people who use it. Essentially, it’s an open protocol. We don’t extract value from people who use this protocol, and people can build their own applications on top of it however they please.”
We then decided to create our own DEX. We forked the Ox blockchain to create PEX. PEX and Ox share a lot of similarities, but what makes PEX different is the fact that PEX will be controlled democratically by the new Expanse Guardian Network our team is developing.
Also, PEX is all inclusive and cross chain. The PEX-eth and PEX-etc variants will remove the Ox token completely and instead just use a wrapped version of the native token.
We, at Expanse, have always based all of our activities on the fundamental principles that birthed the revolutionary blockchain technology. We believe that this technology cannot be, and should not be, monopolized. It is for the benefit of all, and as such, should be used to transform every aspect of human endeavor.
We created the Expanse platform so that people can use its limitless capabilities to create dApps that will offer novel solutions to real world problems. We are less focused on the financial aspect of monetizing the platform. We feel pride and happiness when we see passionate developers create novel applications on the Expanse platform. Expanse is for the community and will forever remain that.

Expanse.Tech is proud to introduce the Guardian Network, which is a masternode-inspired solution to a decreasing-full-node problem. The difference between Guardian Network nodes and masternodes is that Guardian Network nodes are completely deterministic and are stored in their own state object on-chain. They open the door to new and exciting functionality beyond anything that currently exists in the industry today.
By way of background, a blockchain’s data integrity is maintained by two entities, the miner and the full node. Miners are responsible for making sure the data in the blockchain is computationally expensive to manipulate. Full nodes are responsible for increased fault tolerance and data integrity. A blockchain isn’t a blockchain without those two components.
In the traditional blockchain protocol, miners are rewarded for their contributions, but full nodes are forced to be altruistic. The problem with that model is, over time, the cost to run a full node is ever growing and the incentive to be a full node decreases, creating systematic risk to the integrity of the stored data.
The Guardian Network solves this problem through a special multicast network of semi-trusted nodes that are incentivized to maintain a steady uptime. In the future, these nodes could also help facilitate atomic cross-chain transactions, encrypted communication channels, privacy smart contracts, and more. We think this unique development will give us something to set us apart and result in a competitive advantage. Watch for updates as this project evolves and contribute your ideas in our Discord channel.

Expanse (EXP) is now listed on MapleChange, a Canadian cryptocurrency asset exchange. MapleChange was established in 2018 and bills itself as revolving around the concept of community, fast customer experience, reliability and swiftness of deposits and withdrawals. It is soon to provide cross-platform compatibility offering  users of both Android and iOS devices the ability to smoothly (and swiftly) exchange the coins of their choosing from the comfort of their handheld devices.
Expanse is proud to partner with MapleChange and anticipates listing LAB on their exchange in the near future, as well.

The SLIPS project is using the grant funding provided by Expanse to continue their development of the proof of concept. Some of the funds have also been used to expand the team. Work towards the first milestone deadline (31-Aug-2018) is proceeding as expected, and the team plans to demonstrate their progress to the Expanse community at the end of the month.
In other SLIPS news, as well as a development update released last week (https://medium.com/@slipstoken/slips-update-funding-proof-of-concept-progress-report-our-first-hire-and-more-c63771a1dea), the team also announced a project roadmap which outlines the remaining milestones they are working towards. We will include the team’s roadmap in an upcoming newsletter.

We are very excited about our Expanse Grant and have been working hard to incorporate the blockchain into this gamification playground. It makes a lot of sense because in the mechanics of gamification points become a currency or token that has value. So, integrating this into the Expanse Network is the next huge step for the project. In this week, Gameboard made progress regarding:
API design and development is 85% ready. This allow us to have user creation, plays definition on a playbook and their execution, points, and levels and badges. We are working right now on quest management and designing the new points wallet to exchange for rewards. Also, regarding our infrastructure, we implemented docker for our servers to be able to attend as fast as our user base grows and the OAuth 2.0 for more security.
The UX/UI design is finished and at 40% integration to the angular version. One of the most beautiful accomplishments this week is that we added themes to our platform so every new client can have their own look and feel. We are very happy about what this Grant allows us to accomplish and adding every other transaction to the Expanse Network.
Our beta test release will be on August 16. We can’t wait to show you our new version.

Compelling Quotes from Our Discord Community

Here is a collection of compelling quotes posted over the last two weeks in our various Discord channels:
“The interesting thing about crypto is it can exist in many states at once. It can be a currency, property, a store of value, a remittance vehicle, a network.” From Christopher Franko..
“It is difficult for people to not look at the token dollar price because of the years of brainwashing that governments, banks and media have done to us. Most people who have invested in crypto hope to make some profit and then convert back to fiat so the dollar amount is important. It may take decades to fully live in a digital world, if ever….”  From a very active community member.
“BTC and all cryptos are so volatile that it’s impossible to use it as a daily currency. Don’t get me wrong, I can’t wait to see cryptos taking over, but it’s a bit of a utopia to think about using crypto as a currency right now.”  From another devoted community member.
“Hyperledger is where I’m putting most of my energy and research currently. There’s no substitute for the speed. No data limit either, but you have to come to a happy medium on that since it is coming from a database.” From a community member.