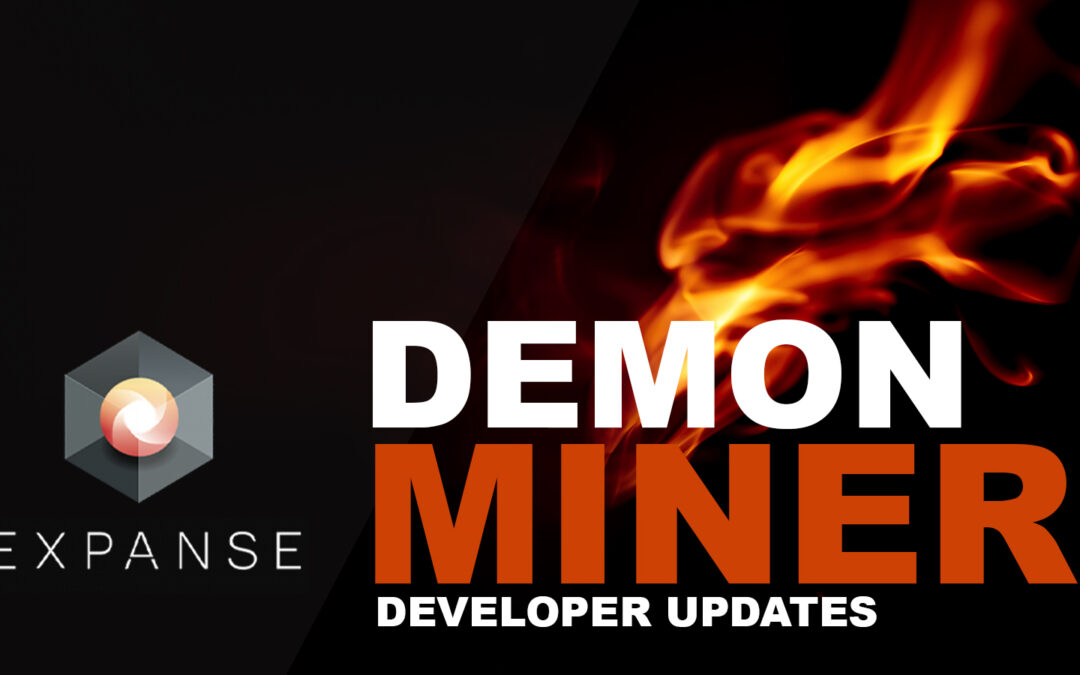 Expanse is moving into the future with a new proof-of-work (PoW) algorithm and Demon Miner is being developed to support this change.  Proof-of-concept mining using the new Frkhash algorithm has been completed with the miner utilizing both CPU and CUDA, and work has begun in earnest on a full release version of the miner.  The development plan is to release the miner in time to be the first available to the community to mine the new algorithm.

The philosophy behind Demon Miner is the open development and sharing of technology among the Expanse and wider crypto community.  As part of this philosophy the entire mining code is being released open source under the GPL 3+ license.  The official source code is available in the project’s repository on Bitbucket ( https://bitbucket.org/galactic-expanse/demonminer/src/master/ ).  The community is invited to contribute to the miner as they like.  An additional benefit to the community from this philosophy is that the developer will not include any built-in fees in the miner.  We believe people should contribute to projects because they want to, and believe in the project, not because they are being forced to.

Current project roadmap for Demon Miner includes a release for public beta in late September.  The public beta phase is planned to continue until mid-October.  Barring any major roadblocks in development the official release of version 1.0 of the miner will occur directly after the beta concludes.

One of the outstanding risks on the Demon Miner project is the availability of pool mining software to support the new algorithm.  The miner will be able to mine using getWork over the RPC connection to nodes if this is not available, but that will have the potential to limit accessibility.  This may delay the final release of the mining software as the Demon Miner dev may need to shift focus to complete a modification to existing pool software to allow the use of the new algorithm.  The Demon Miner team is committed to ensuring there is at least one mining pool available to the community upon release of the new PoW algorithm.

We will keep you updated as more news comes out regarding the mining software and auxiliary products.  If you would like to contribute to the project, reach out in the official Expanse Discord or clone the Git repo and start submitting those pull requests.  Coding not your strong suit but you still want to contribute?  Energy drinks make the code flow, so go ahead and buy us one or even one pallet by donating Expanse to the project: 0xf4131B35E8956515b434F7d6d269A620e5Aba603