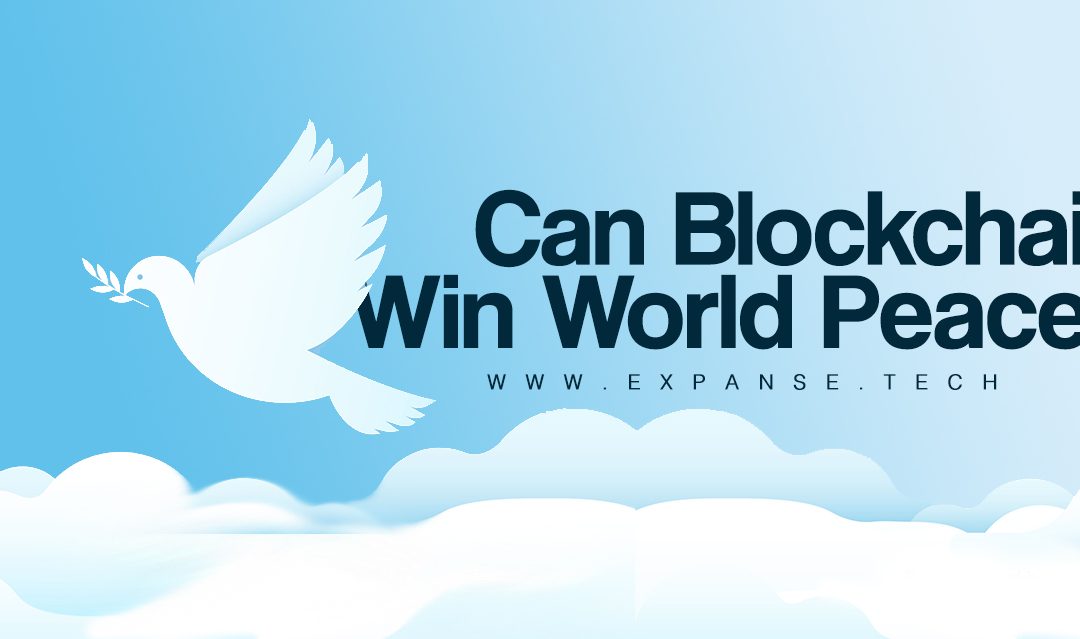 Jitendra Rathod, newsletter contributing editor, weighs in on the daunting impact Blockchain technology is positioning to have on the new world order.

Every century has witnessed the development of a new technology which has changed the face of the world— from thermal power to electricity to the modern web. The technology of this century, which promises such revolutionary change is blockchain. It carries in itself the potential to impact and improve almost all the essential sectors which constitute a nation.

Perhaps the most vital and also the most unexplored territory which blockchain technology can influence is the peace at our borders. There are two sides to this. One is the changes that this technology can bring about in commerce and trade, which would eventually harbor world peace. The other is what blockchain can do as a technology other than its direct economic role.

‘Commerce as an Obstacle to War’

Thomas Watson, the former CEO of IBM, was of the opinion that commerce could be used to prevent nations from going to war against each other. He believed that financial interests and peace were mutually inclusive. So much so that he even had the slogan ‘World Peace Through World Trade’ written on IBM’s New World Headquarters in New York City.

In the present scenario, blockchain offers a solution— decentralization— which forms one of the core principles of the technology. This means the complete removal of a ‘middle-man’ or a ‘broker’ which includes any entity like a bank, a financial institution, or a government.

The global economic front is burning with trade wars. USA, China, Russia, and Iran are some of the key players. However, the entire global population bears the brunt of it when such economic policies result in inflation and other such crisis within countries which severely affects the buying power of the consumers.

At such times it is fair enough to assert that a need to replace fiat currencies with cryptocurrencies is felt deeply. While on the one hand, it can come as economic salvation for the general masses; on the other, it would give one less reason to the nations for initiating a war.

‘And the World Will be as One’

The USA has since long witnessed illegal immigration. According to data, in 2016, the total number of unauthorized immigrants amounted to 10.7 million, which constituted about 4% of the entire American population. Most of these unauthorized immigrants come from Mexico (about 52%); but data reveals that a considerable number of people get into the U.S. from Central America, South America, Asia, Caribbean, Europe, and Canada as well.

Moreover, the problem of illegal immigration is not only limited to the U.S., as countries like Canada, India, and the European nations face similar issues. While in some states, the unauthorized immigrants become, over a span of time, part of its economy; in other countries, they live either in deplorable conditions or are held in detention camps for years.

In such a situation, blockchain seems to be a better answer than a wall.

Blockchain technology can be used to maintain a digital record of the citizens in a country to keep a check on illegal infiltration at its borders. Digital currencies can further act as a tool for completely eradicating black money flow across the borders, stop the violence in these sensitive regions, and facilitate the fight against terrorism.

Other than this, blockchain technology can be utilized for various humanitarian causes. A perfect example is the World Food Programme’s (WFP) Building Blocks. This project was established in 2016, and it aimed to use decentralized digital ledger technology for making cash transfers. By January 2018, more than 100,000 Syrians who had taken refuge in Pakistan and Jordan availed WFP’s assistance. The blockchain-assisted project aims to provide provisions to all the 500,000 WFP-supported refugees in Jordan.

This is just one example. There are many other purposes which blockchain can serve. One worth mentioning is the conduction of fair elections by eliminating ‘death votes’ and other electoral fraud with the help of ledger technology for creating an infallible voting record system.

The adage that everything can be good or bad depending on the intention with which it is used can be applied here too. While blockchain can have many humanitarian and progressive uses, it can also become a tool for oppression if used unchecked.

It is fair to conclude here that blockchain technology can not only give a leap to our economy but can also be used for establishing peace and order in the world when used by right hands for humanitarian and progressive goals. After all, what we choose to do with something as mundane as a stone- make a wall or a bridge- makes all the difference.