Blockchain and IoT—Two Innovations Merging into a Revolution 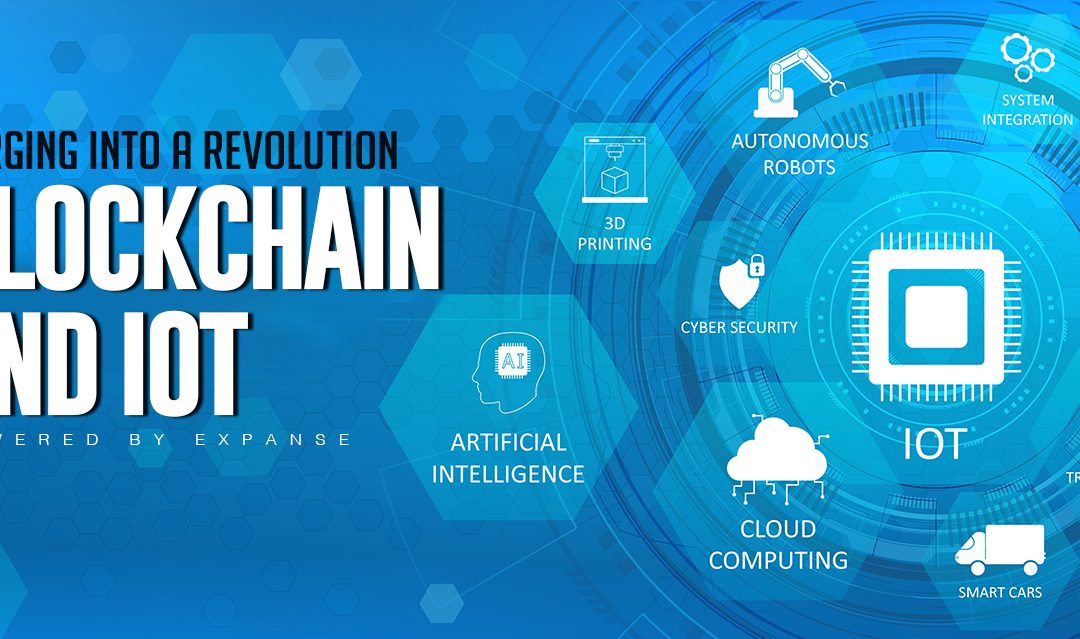 Jitendra Rathod, newsletter contributing editor, provides insights into the ongoing technological revolution that is underway via the Internet.

Ever since humans have occupied the earth, centuries have been marked by inventions and innovations which have brought sweeping changes in the way we live and think. Going back to history, the fire was the first tool humankind used to arm, civilize and better its lifestyle. Since then, the wheels of science and technology have never stopped. Electricity was discovered, wireless communication was established, man invented televisions, airplanes, rockets, satellites, and the internet.

The last of these, as we have seen, is a technological revolution of the kind never witnessed before. It has changed the face of the earth and everything on it— it has seeped in our daily lives through and through. Today, we use it not only to the end of staying connected with the rest of the world but also for managing our tasks which previously involved cumbersome methods and processes. Coming to the latest, there are two technological innovations which have dominated our decade— the Blockchain and Internet of Things.

What is the Blockchain?

Simply defined, blockchain is a digital database containing information (such as records of financial transactions) that can be simultaneously used and shared within a large decentralized, publicly accessible network.

It is clear, even from this definition that decentralization is at the heart of this technology. This contains in itself the notion that blockchain is essentially, a peer-to-peer platform. It does not have central control over it and hence it cannot be manipulated. It naturally follows that the possibility of the presence of any third party is eliminated. Since it is a distributed ledger technology and encrypted from end to end, the data it holds cannot be tampered with.

Moreover, data can only be added to the blockchain in a time-sequential order. This attribute seals the fact that any data contained in the blockchain is rendered immutable. All of these characteristics go on to establish how successful an ally blockchain could prove to be to the Internet of Things.

What is the Internet of Things?

By definition, again, IoT is a computing concept that describes the idea of everyday physical objects being connected to the internet and being able to identify themselves to other devices.

Now, it is to be made note of that traditional IoT systems are based on a centralized architecture. The devices thus connected send the information to the cloud (internet), which in its turn processes the data analytically and then sends it back to the IoT devices. IoT contains in itself the potential to connect billions of devices; which would inevitably come under the umbrella of a centralized system.

It is clear, therefore, that the present-day IoT systems are far from perfect. Devices share a lot of critical and important information to the internet. This makes it very vulnerable to hackers and thus poses significant data privacy and security risks. The most infamous of IoT attacks include Mirai botnet, which, in 2016, infected a huge number of IoT devices, taking down Etsy, GitHub, Netflix, Shopify, SoundCloud, Spotify, Twitter, and a number of other important websites; and the Brickerbot attack which simply killed the devices.

Moreover, based on a centralized network, IoT also runs the risk of single point failures when one nuance can damage the entire existing network.

These are the areas where the IoT is still struggling and this is exactly where blockchain can come to its aid.

Two Innovations Merging into a Revolution

It is commonly said that the whole is greater than the sum of its parts. This age-old adage cannot be more suitable for anything than the combination of blockchain and the Internet of Things. Indeed, the advantages of such a merger are many:

Steps have already been taken in the direction of merging the blockchain technology with IoT. Many platforms have emerged which understand the importance of such a combination:

These are just a few platforms which have adopted the revolutionary idea of combining blockchain and IoT. Other names that surface on this list include VeChain, Ambrosus, Power Ledger and Helium.