Are We Witnessing the Death of the Bank? 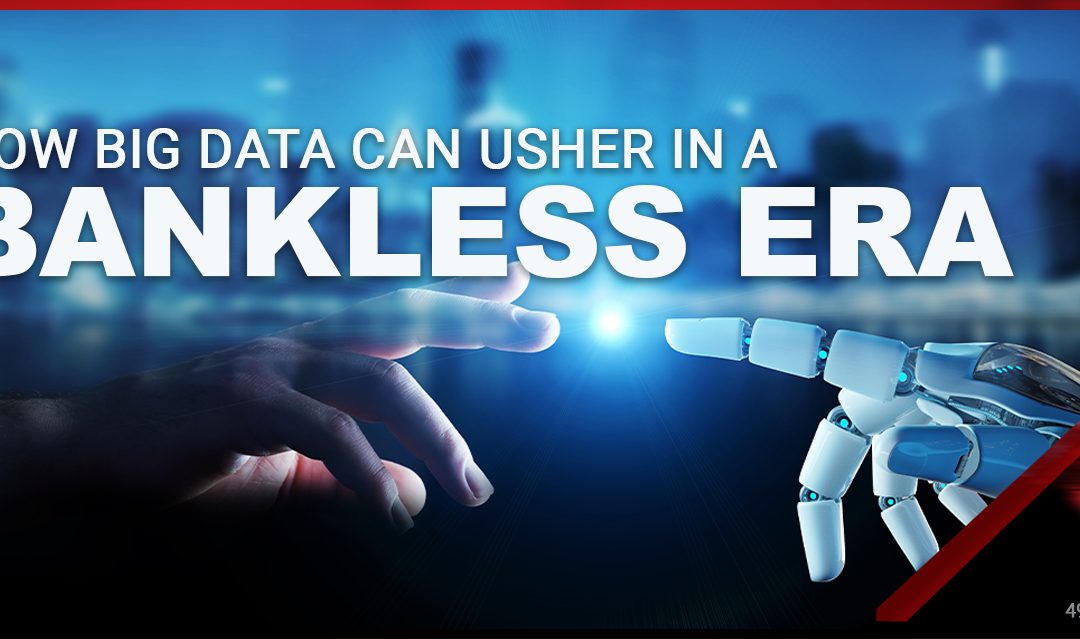 Here’s an article submitted by Jitendra Rathod, newsletter contributing editor, that discusses his views about the future of banking.

If what we are witnessing continues, banks will slowly, and almost painfully, go down the path of extinction. I am not saying that banking will come to an end; I am only referring to the paraphernalia surrounding the banking system, especially the bank. Banks today have become vestiges of the traditional financial system and create more burden than value for the system.

Banks made hay, while the sun shined…

The previous generation, and a couple before it, witnessed the great banking revolution where, under the mandate of global financial institutions like the World Bank, banks endeavored to reach out to the smallest common denominator of the globe. The poorest, most impoverished, individual on the planet was approached systematically and brought within the financial mainstream. However, even after almost two decades inside the 21st Century and the traditional financial system has brought only 75% of the world’s population under the financial mainstream. Almost 1 in every 4 individuals do not have access to banks even today. However, let us pursue this line of thought later. Meanwhile, let us understand the problems plaguing the banks of today, with regards the present generation.

…but are they relevant anymore?

The “Millenials” are an extremely tech-savvy generation. The explosion of technological advancements, especially in internet and telephony have made the world a very small place. Even Baby Boomers and Gen X have caught on to the gadget-driven frenzy that is life as we see it today. These tech-savvy people are extremely picky in what they want and how they want it. Add to this the inherent curiosity of trying out new things and the impatience that has become the hallmark of these individuals and you have a recipe for either disaster or a revolution.

People today literally live their lives digitally. They wouldn’t want to get stranded on an island without their gadgets and a wi-fi connection. In such a scenario, the bank seems more like a vestige of the past, a mammoth trapped in the process of evolution to find itself among well-dressed humans in the middle of Times Square on a busy Monday morning. In a frenzied world a trip to the bank can seriously slow things down.

The services of banks today presents a classic case of expectations and frustration. While people want all banking services at their fingertips, the inability of banks to do so gives rise to frustration. And this frustration has been channelized by entrepreneurs to create revolutions and disruption in the financial sector. The marriage of finance and technology, also called fintech, has birthed technologies that aim to make banking as people want. But all this comes with a heavy price. The death of the “bank.” Banks – the structure, infrastructure and its countless employees – are simply untenable. Once the touchpoints to the financial system, they are now on their way to become redundant because touchpoints have shifted from banks to mobile apps.

Today’s generation wants banking to support their lifestyle and this new equation has no place for the bank. To say that banks have been innocent bystanders in their extinction by greater forces would be wrong. Banks themselves have played a major role in their own destruction. This brings us to our earlier discussion on unbanked people of the world.

While banks had a clear mandate to bring all the people in the world under the financial mainstream, why do we still have 25% of the world’s population out of it? The reason behind this is the inability (?) of banks to serve such a large “risky” population. If an individual has a bank account, he will demand for a loan. A bank cannot give this individual a loan, because it is not sure if he can repay it. Such an individual does not have a credit history. But how can the individual have a credit history if he hasn’t been offered a loan and the eventual chance to repay it? It’s a vicious cycle and a classic case of what comes first – the egg or the hen.

This makes them prone to extinction

If banks want to continue existing, they have to get their act together. In my opinion, the question is not whether they would keep existing. Even by some miracle they do, they will not thrive, because the present generation is looking at players outside traditional finance to serve their needs. And these players are not only doing that, they are doing it with élan and exuberance, unlike banks.

But is there a way?

One way by which banks can stay relevant is by understanding their customers better. And the best way to do so is through leveraging information about their likes, dislikes, dreams, ambitions and aspirations. All of this can be obtained through their digital footprint. A curious piece of information says that more than half of the world’s unbanked population has access to mobile phones, even smartphones. And as we know, that a person’s smartphone knows him better than even himself. Using social media and other service-oriented sites can extract a lot of information about a person. While we can debate the legality and ethics of how the data is collected and used some other time, we can however appreciate the vital nature of this data and its importance in knowing the customer better so that a business or service provider can customize offerings to suit the lifestyle of the individual.

Banking, as an institution, can stay relevant only if it leverages the information – Big Data – provided by their customers and also by getting access to such data from third parties. Banks however will slowly vanish to pave the way for a completely digital banking experience.