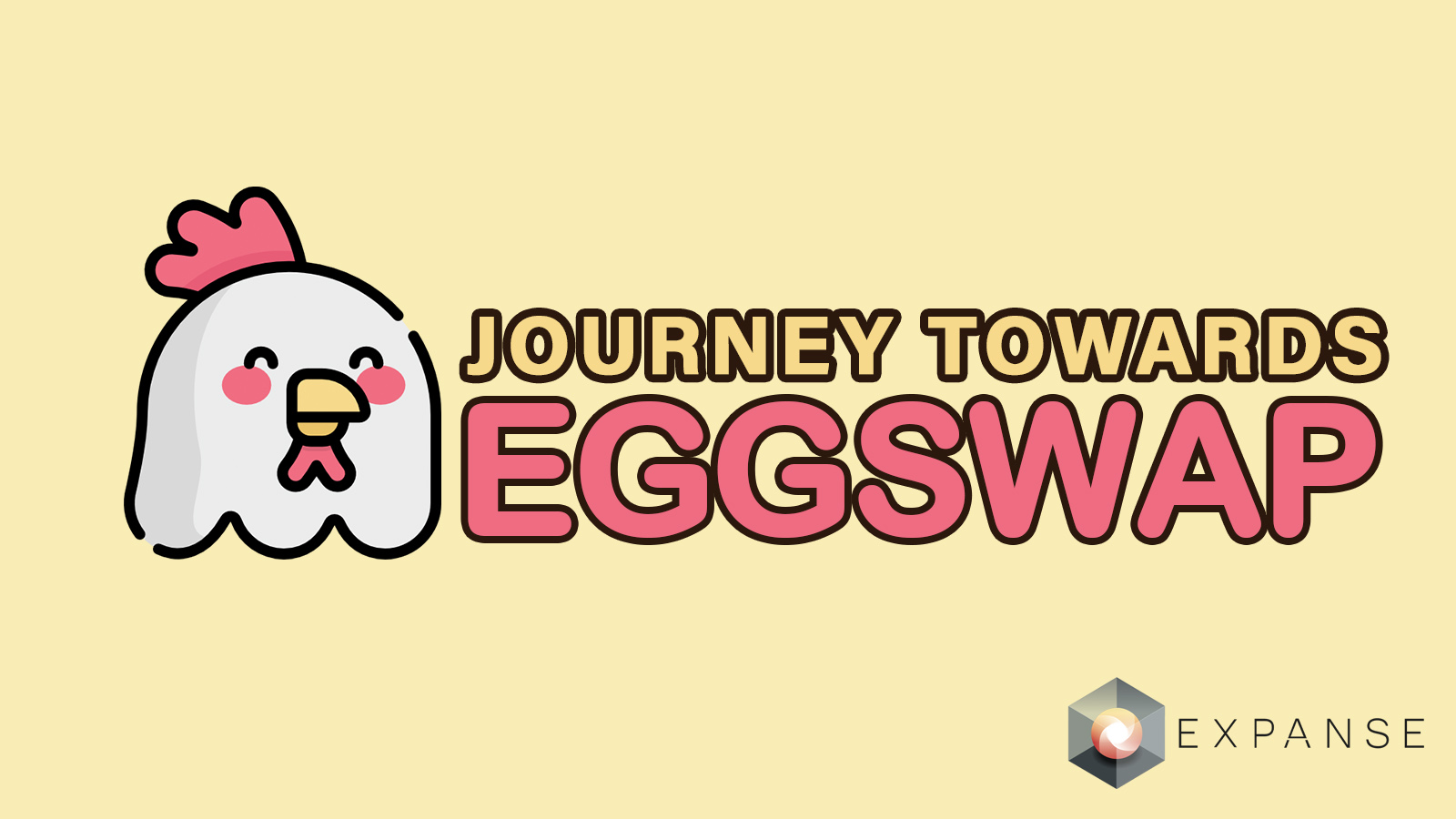 As a team we have worked in development for a long time, mainly developing Backend platforms but this time we wanted to develop a functional blockchain solution, taking DEFI as a trend we decided to create our own version of Uniswap.

We recently developed EggSwap on expanse blockchain. Our journey towards development consists of a variety of challenging events. Some of you have been asking why we have chosen to remain anonymous during development and after. The truth is, because of regulatory uncertainty. Much like Satoshi Nakomoto we believe that it’s better to ask for forgiveness than seek permission. Some technologies disrupt and fracture the traditional order of things so drastically that their creators and maintainers need the protection of anonymity.

We are avid traders and love uniswap on ethereum. Like everyone else, we began to notice how congested ethereum would become everytime a little hype would hit a new uniswap listing. After a little research we remembered the expanse network. To our surprise expanse was still alive and well after all these years and so we reached out to Christopher Franko with our proposal.

After looking into the history of expanse we discovered the Tokenlab and EXPEX projects and with a little persuasion we convinced Christopher to hand over the reigns. We are confident that we can create a product that breathes new life into the vestige of those projects. We believe LAB and PEX were just too forward thinking for the time and the work just hadn’t been done yet to realize them in a meaningful way.

Today is different though. There are new tools, technologies and software that exist in the ecosystem that we will take advantage of to realize old dreams in new, elegant and long lasting ways.

It took us a little while to understand, unpack and test all of the concepts, softwares and methodologies, but with Christopher Franko and the rest of the team’s help we locked it down. We are extremely grateful for everything the team has done for us during the initial development process and look forward to providing expanse with such an important piece of the network’s ecosystem.