How Blockchain can Empower Women 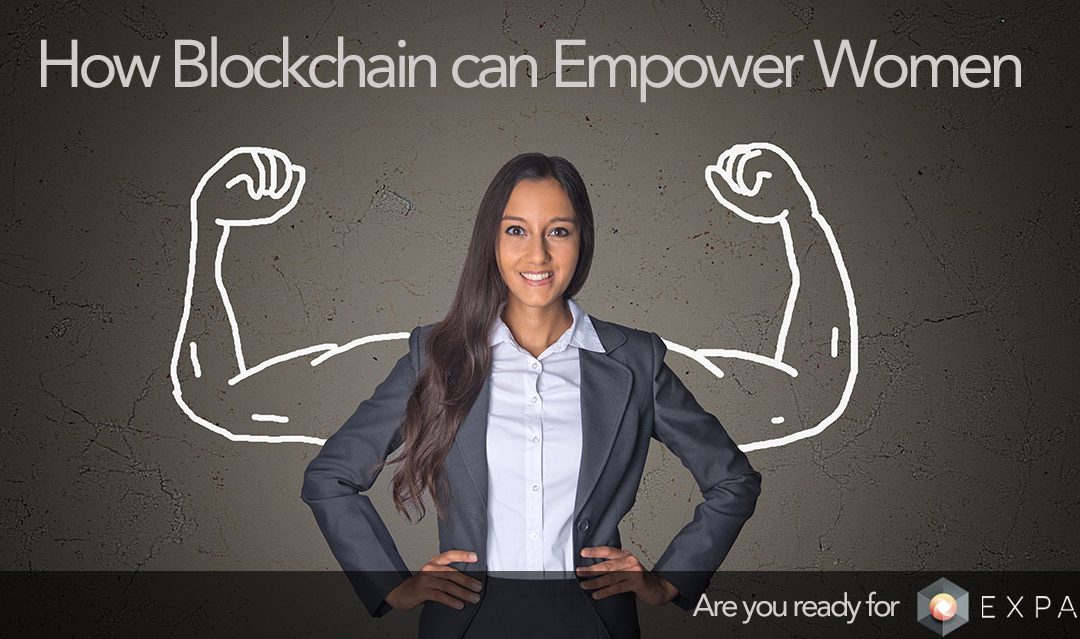 A short definition of blockchain would call it a ‘distributed, decentralized, public ledger’. However, as often is the case with definitions, this concise treatment fails to enumerate all the good things the technology stands for. Needless to say, it is a commonplace understanding the blockchain essentially co-exists with cryptocurrencies and the only impact it makes is economic.

However, such a narrow outlook not only constricts our own understanding of the technology but likewise, also undermines the possible roles it can play in future development and improvements in various sectors— from eradicating world hunger to curbing corruption. One such role, the blockchain has full capacity to play is in terms of women empowerment.

How Can Blockchain Empower Women?

A report published in a respected Indian newspaper, The Hindu, underlines the role blockchain can play in creating jobs for women who usually find them unemployed or who forego employment if it does not get along well with their personal lives.

In the coming future, career opportunities would be mostly technology-driven. As a result, many old skill sets would become obsolete with new ones needed to keep up with the changing times. Considering the number of careers that are being churned by the blockchain technology, women across the world (especially in a growing economy like India) can, through courses and other means, acquire the required skill sets and find economic independence. It goes undisputed that with such independence comes emancipation and liberty.

Though the number of women employed in the blockchain industry is still very less compared to that of men, hopes are on the rise. Or to put it in the words of, Meltem Demirors of Digital Currency Group, ‘sands are shifting’. More and more women continue to invest and find careers in the blockchain technology.

One commonly hailed plus point about blockchain is that it eliminates the existence of mediators or third parties. This not only reduces the cost of transaction but also makes it more efficient. However, one overlooked benefit of this characteristic of blockchain is that it could empower women.

According to a World Bank report, only 65% of women around the world have a bank account, compared to the 75% male bank account holders. This means that there are around 980 million women in the world that do not have access to banking services.

The gender gap which exists in the financial sector can be leveled by blockchain since the transaction fees which are necessary for banking services are non-existent in dealing with cryptocurrencies. Moreover, as mentioned previously, a peer-to-peer transaction would encourage women to participate more in payment and banking activities.

A third, and important factor which makes blockchain a tool for empowering women financially is the simple fact that initiating a crypto wallet needs no cost. This is a common hindrance for women who are held back from being a participant in banking transactions due to the costs involved with opening a bank account.

The question of the names of women has been one of much debate since the setting of our modern world. When a woman is unmarried, she carries her father’s name and when she is married she is bound to carry her husband’s. The problems related to female identity are more common in developing and underdeveloped nations.

Due to poor infrastructure in these countries, women suffer the most as they often find it difficult to obtain official documentation for lacking other documents like a birth certificate. This has two kinds of social impacts, both of them negative— first of all, the women lose their freedom of movement and secondly, they lose their financial freedom because of failure to apply for jobs etc. Most importantly, since a number of women do not have IDs, they lose their political voices as citizens, making them second-class citizens indirectly.

Blockchain, by its very definition, is a distributed ledger technology. The capacity of blockchain to maintain records is limitless. Such a record is impossible to break and is also cost-free. Nations can use blockchain to reach out to its female citizens. This can bring them closer to achieving political and economic freedom.

According to a report published by the Food and Agriculture Organization of the United Nations, less than 20% of the world’s lands are owned by women. The origins of such numbers can be traced back to the less economic and financial freedom women have. Moreover, a patriarchal society also takes away from a woman her right to property ownership. In most countries— titles and deeds involve complex procedures all of which are considered to be too daunting for a woman.

The very complexity involved with ownership could be reduced by blockchain technology; a further consequence of which would be gender equality regarding ownership. Moreover, blockchain can eliminate the risk of fraud and forgeries related to land titles, further empowering women.

When electricity was first invented, no one had thought that it would be used to carry out capital punishment. No one had also thought that it could make life in the kitchen so easy— from baking to heating.

The invention of technology is not an end in itself but is the starting point from whence a number of other human problems can be solved. There is also always a chance of its misuse.

The blockchain technology too, should never be considered assigned to one purpose as its fields are numberless. Nations and people should collectively use it to ends like the one highlighted in this article. Technology should not only make our lives easy but should also be used as a tool to make the world a better place.