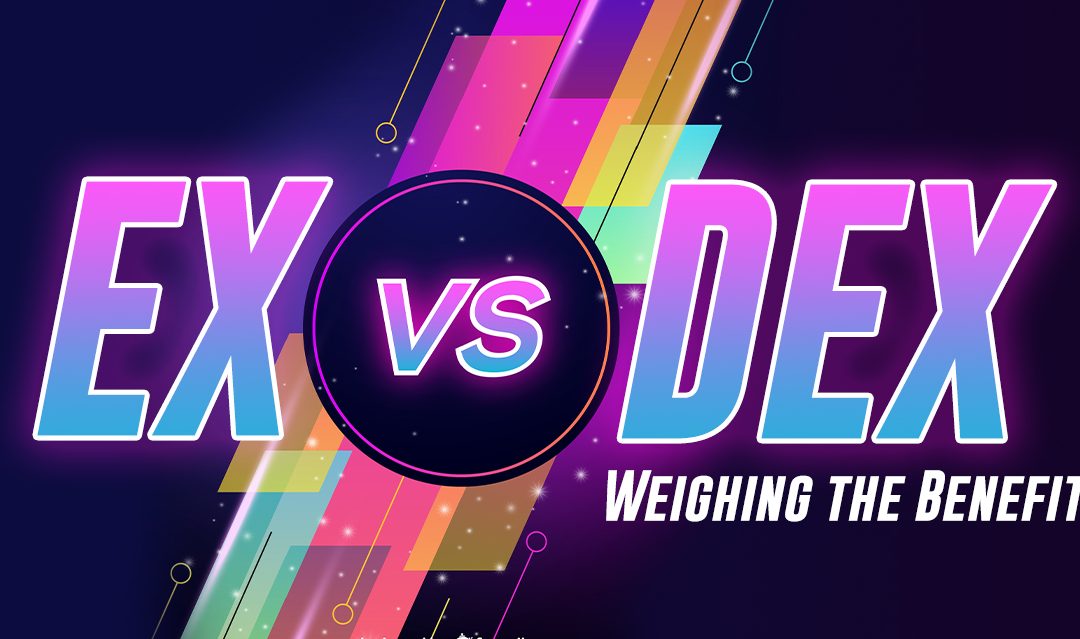 The term “decentralization” isn’t new. It is almost two centuries old, but never has it been used with such vigor and interest as it has been in the past decade. The invention of Bitcoin and the subsequent explosion of cryptocurrencies created a paradigm shift in the financial markets, and while the underlying blockchain technology was picked up by entrepreneurs and developers to disrupt the status quo, the tangible and tradable cryptocurrencies attracted financial enthusiasts (read=traders) who energetically took to trading in this novel and exciting asset class. To satiate the needs of crypto traders, many developers created cryptocurrency exchanges, akin to traditional stock exchanges, and irony died a thousand deaths.

The literal mushrooming of “centralized crypto exchanges (EXs)” is like a dagger in the heart of the crypto philosophy. Imagine trading decentralized cryptocurrencies on a centralized platform. If it seems counterintuitive, because it definitely is!

DEXs, or decentralized exchanges, though few in number, are seen by crypto purists as the true torch bearers of the movement.

Let us take a quick look at these two types of crypto exchanges.

DEX or EX? Weighing the Benefits

Many people turn toward EXs due to the amount of liquidity they offer. The trades on EXs are a fraction of a second faster than those on a DEX. Although it doesn’t make a difference for ordinary traders, the ‘high-frequency market makers,’ who regularly deal on the platform, are affected by this minute difference. Otherwise, DEXs are at par with EXs when it comes to the functioning and operation, and just as reliable as the latter, if not more.

The major benefit of a DEX is that since there is no involvement of a third party in any of the trades taking place on the exchange, all the funds are only accessible and controlled by the owners. This not only provides greater security to traders, but also curbs hackers who are drawn more towards less immune platforms like EXs.

On an EX, you don’t “own” your crypto assets; they are held by the exchange and you have to trust them to keep them safe. But if you see the growing list of EXs that have been hacked, you can well realise the dangers of entrusting your funds to them. EXs also control which tokens to list and which not and also decide on the amount they charge for listing. This, to, is counterintuitive, and, dare I say, counterproductive.

DEXs are more private but can be overwhelming for new players. You are responsible for the custody risks of your assets. DEXs aren’t bound by the stringent AML and KYC compliance requirements. Many DEXs offer only basic crypto exchange functionality and not the whole paraphernalia of trading tools often offered by an EX. DEXs, however, offer complete anonymity, another important tenet of the crypto revolution.

DEXs are faster, cheaper, less susceptible to malicious attacks and offer seamless integration with users’ personal wallets so that funds are always in complete control of their owners.

One of the major differences between an EX and a DEX from the government perspective is that EXs will, and can, thrive only in crypto-friendly countries. Countries that do not look favourably upon cryptocurrencies will, and have, ban(ned) EXs. Take the case of China, which has banned EXs from operating within the country. EXs can still function in such countries, but if the governments have created roadblocks, EXs will find it difficult to function. India hasn’t banned cryptocurrencies, per se, but doesn’t allow banks from transacting in crypto. This stops traders from cashing out their assets through their bank accounts. This has led to many EXs shutting down, or relocating, in recent months.

DEXs, on the other hand, are distributed worldwide, since they aren’t hosted on a single server, in a single location. That is to say, a DEX is not country-specific. And hence, no government can intervene in the working of a DEX and cannot, legally, shut it down.

For an EX to function, it needs to have the appropriate operating licenses from government institutions and are, in turn, regulated, by them. Again, because a DEX is distributed worldwide, it is immune to governmental institutions and regulations.

An EX needs to disclose its physical location and its ownership details. DEXs need no such declarations to be made. User accounts in many EXs are insured. DEXs do not provide any insurance and you are responsible for your own funds and the risks associated with their custody. If you lose your funds, nobody is going to give them back.

Different countries have started bringing DEXs under legal purview. In Australia, for instance, under the Australian Encryption law, DEXs could be blocked and denied access to unless regulated by the developers. Most other major countries, do not have DEX-specific laws, but may bring laws to (somehow) regulate DEXs.

Currently, DEXs are less popular than EXs, however, so as long as DEXs remain outside the ambit of stifling regulations and are closer to the decentralized spirit of crypto and blockchain, they offer clear advantages and are an attractive alternative to trade crypto assets.