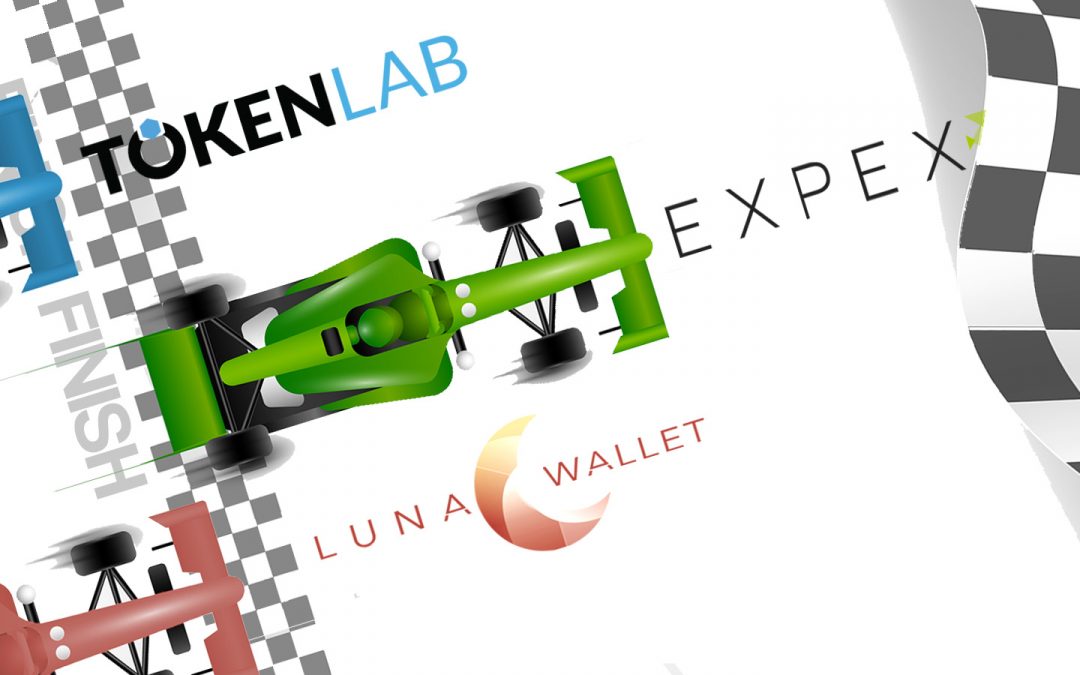 Welcome to the twenty first edition of the Expanse Newsletter for 2018. This publication is a bi-monthly newsletter issued on the 1st and 15th of each month to share happenings within our community. Here are a few highlights in this edition:

We are very excited to announce that Tokenlab will begin beta-testing in the next few weeks.Given the uncertain regulatory environment and the diminishing popularity of ICOs, we have broadened the product scope to include a variety of applications, while keeping the original goal of crowdfunding management intact.
Asim and his team have a mandate to deliver as many of the applications as possible by year-end. Here are brief descriptions of what we will release under the Tokenlab umbrella:
Token Creation
Using smart contract technology, create utility tokens for your project. Using an automated system, follow the instructions on the screen to create, name and set parameters for your token. Launch your token on the Expanse blockchain. You pay for these services with LAB.
Module Marketplace
Find useful utilities to help you manage and market your token-based business. In our Module Marketplace, find dApps that help you manage airdrops, run advertising campaigns, and much more. Use LAB to pay for licensing these dApps.
Universal Know Your Customer (UKYC™) Identity Verification
Use the Tokenlab Universal KYC module for user identity verification for your products or for members of your organizations―anywhere validating identity is required. Here’s what’s new: Tokenlab UKYC creates a profile for each user that signs up and completes the KYC requirements. Once approved, the profile is assigned a “badge” in the form of a qr code. This badge can then be swiped wherever KYC is required.
The profile information is securely maintained in one place and there is no need to complete the cumbersome KYC process ever again. Simply scan your badge anywhere the UKYC symbol appears. Companies everywhere will leverage our UKYC database for a nominal fee. (UKYC is a proprietary technology/process and this published description is proof of prior art. Patent pending.)
Tokenlab ICO
Tokenlab is a blockchain-based software platform that provides a variety of solutions for staging ICOs. You can choose to license our software to run on your own servers or use the Tokenlab self-service portal available from our website. Select solutions to employ, like the Airdrop or UKYC utility, from the Tokenlab Module Marketplace. Tokenlab ICO is designed so that anyone with a great idea can launch an ICO. Once you start your campaign, sophisticated tools track performance and report results. At the end of the campaign, you as the owner, issue tradable tokens to ICO participants. (Legal opinion confirming your idea does not represent a security is required.)
Call for Beta-Testers
Recently we put out a call for testers to try out the beta versions of the Luna wallet and EXPEX. These same testers have access to the private channels for Tokenlab beta testing. If you did not apply and want to test Tokenlab, complete the application form here. Beta-testers receive a promotion to 1st Lieutenant in the Expanse Army.

Asim has provided the following detail about what we can expect to see in the release of Luna Wallet, Luna 2.0. He has committed to releasing it on November 19:

Thank you to all of you who spent time beta-testing EXPEX. We received a lot of very useful feedback and had some big success stories based on your testing. Next, we are working on enhancing the UX and UI based on your valuable feedback. More news to follow.

We almost didn’t get to to feature a Slips update in this newsletter, as they were unable to send us a report until very late. Apparently the team has been working extremely hard around the clock towards their upcoming launch, so we’ll let them off the hook this time.
The last time we checked on them, they were working on the final parts of their product – the actual interface that allows users to challenge each other.
They actually completed the backend APIs for this in record time. and since then the team has split into two to work on different parts of the product.
Two of the devs were working on getting challenges up and running. Some of these screenshots come from the live version of Slips:

They tell us that this work is almost completed, but since this is the most crucial part of the application, additional care is taken to make sure that the final code is robust and covers all edge cases.
While this work was on-going, the rest of the team were busy rounding off the Slips site by building a help desk and support center (in 4 days flat!). These efforts included coding all of the backend and frontend software, handwriting over 90 FAQ questions and producing a series of videos, the first of which can be seen below.
This video explains how Slips users can buy Expanse:

They also completed an about page which also houses the new Slips blog which is a cornerstone of their marketing efforts to bring streamers and gamers onto their platform:

So I guess with all this progress, the biggest question we have is… when is Slips launching?
It doesn’t look like the big day is far away now but for the time being the team have decided to take a few days off to recover from a “two week round the clock” burst. They’ll return to action fighting fit for in time for another big push shortly.

Behind the Tech – Ana Belén Resplandor

Usually this section of the newsletter is reserved for a collection of compelling quotes posted over the last two weeks in our various Discord channels. This week, none of the interesting Discord entries re market speculation, predictions, etc., seem relevant, given the recent drama in the cryptosphere. So I decided to share a beautiful photo that my partner, Soyal, (@Smomin75) sent to me for all to see.  This is Soyal and his wife on their wedding day.