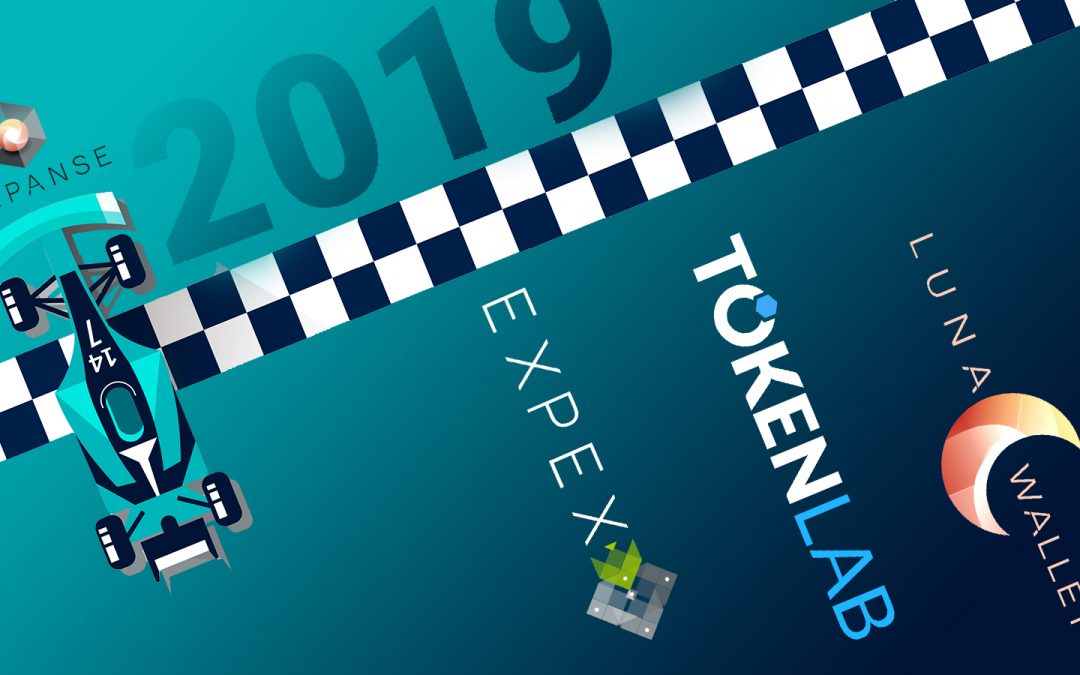 Welcome to the nineteenth edition of the Expanse Newsletter for 2018. This publication is a bi-monthly newsletter issued on the 1st and 15th of each month to share happenings within our community. Here are a few highlights in this edition:

Note from the Editor: By design, this newsletter does not contain specific updates about our top three technology development projects, EXPEX (DEX), Tokenlab, and enhancements to the Luna wallet. As we approach year-end, there are daily developments. As a result, please look to our Discord channel for regular updates, announcements and additions to our beta-testing channels. If you have not signed up to be a beta-tester, please do sign up here: https://goo.gl/forms/ZJEDuQdID6cCyON92

Poloniex is virtually a dead exchange. No one is saying, “Oh man, cant wait for our coin to get listed on Poloniex.” They have no volume, no market makers, nothing at all going for them. And they have only themselves to blame. Once the original owners sold out to Circle, it’s been a ghost town.
By delisting Expanse, I now have absolutely no reason to use them for anything and im closing my account. I’m probably one of the few people who have a withdrawal limit of Tier 4, and they have completely destroyed my faith in them.
With that being said, it is sad to see them make bad decisions continuously. The three coins they decided to delist all have active development and active communities. By delisting active assets they are essentially dog whistling that if coins don’t start faking volume they will also be at risk.. And that is tragic.
But all is not lost. We are still listed on Bittrex and many others. And we are still launching our own DEX. We are still going to release empowering software no matter what roadblock or speed bump is placed before us. Because that’s who we are. We are always the underdog, we are always the black horse, and frankly I like proving people wrong. Thank you to all of you for your supportive messages and posts.

Recently Expanse CEO Christopher Franko inadvertently kicked up a media maelstrom by confronting Binance on Twitter in regard to a ridiculously high quote for a token listing on Binance. What began as a lively Twitter to and fro ended up bringing the outrageous prices Binance quotes to the forefront with no fewer than six feature articles in industry publications calling out Binance for their practices.
So, naturally when a meme contest was announced, creative minds turned to the controversy of the day. Congratulations (and 100 EXP) go to Husain Fazel for his submission above.

Welcome guys to another instalment of our Behind the Tech series. This time around, we are featuring Farwah Aizaz, our Project Manager who works alongside Expanse’s architect and senior developer, Asim Ashfaq, at our Islamabad office.
Farwah is a software engineer who graduated in 2017 from a four-year degree program. During her final year at college, she did a project on virtual reality and augmented reality. “The entire experience fascinated me and I decided to work with technologies that were cutting edge and had the power to bring a transformation for good,” she says. “I always want to be hacker and do something that is innovative, something no one can do or something that is uncommon.”
Fresh out of college, Farwah was hired as an assistant software project manager in March 2018 by Asim for Expanse’s team that he heads, in Islamabad, Pakistan. She quickly showed what she was made of. Her talents, creative thinking abilities and spunk were acknowledged and appreciated. Within just 7 months, she was made the Project Manager of the entire Islamabad team.
Farwah is loving her new responsibilities and relishes the opportunities and challenges that come along with the job. She says that project management is not easy. “You have to own your team’s mistakes and have to handle all critical situations accordingly. You have to understand your team’s inherent strengths and channelize them to achieve success. You also need the ability to read your client’s mind!”
Farwah also serves as a requirement analyst. She analyzes the requirements of a project and prototypes it to give it the look that is desired. It is then sent ahead to the design team. Her key responsibilities at Expanse include the delivery of the project on time and to monitor its progress throughout its development phase. She tracks and monitors every minor detail of the project. She also assigns responsibilities to all team members and monitors their progress.
Farwah is full of praise for Asim whom she considers a mentor. “I owe a lot to Asim Ashfaq. Right from the day I became part of the team, he has guided me throughout my journey. It is with the help of his guidance and faith in my abilities that I have become the project manager. Everything that I know about blockchain technology is all because of him.” Asim suggested that she complete short courses on blockchain and cryptocurrencies, which she did.
At being asked about what excites her at Expanse, Farwah says that the roadmaps of Luna, Gander and Tokenlab are the ones she is passionate about. She is deeply curious to know how these will shape up in the near future. “It’s like a dream for a fresh graduate like me to be working on the cutting edge of technology. I am really excited to know what impacts my actions will have on these projects.” Farwah believes that working on these projects is like being in a dream world. “I am waiting for the day when this dream turns into a reality!”

We funded Slips co-founders Husain Fazel and Kyle O’Neill back in late July when they pitched us their concept of facilitating betting on gaming streams using blockchain technology to settle disputes.
Expanse CEO Christopher Franko said at the time, “Rarely do you see a team come to light that is as prepared to launch as the Slips team is.”

The funding and support we gave Slips enabled them to focus their efforts fully on developing their proof of concept — which is now almost complete. In our last update, we mentioned that they had bolted user profiles onto their application and were busy designing their channel and challenges interface. The team were very excited about this phase of their project because it is the core part of the entire Slips experience — letting their users make bets whilst they’re watching streams.
The design work was completed a fortnight ago, and the team have been true to form busy coding up these interfaces and adding the backend functionality to make it work.
If you did not catch our last update, you should most certainly check out this album,
(https://imgur.com/a/UUTur6O), for a quick guided tour of what they have cooked up. It really is a delight to see the beautiful artwork come to life.

Some of the low hanging fruit like letting users edit their channels has been completed and works perfectly. Feel free to check out https://slips.network and give it a spin yourself!
… and it should even be possible to deposit to and withdraw EXP from the application through the newly created “My Funds” page, which you will find in your profile when you login to the application.
The demo we saw (see screenshot above) was working on a test version of the blockchain, but the team told us they were working on provisioning an Expanse full node. So by the time you read this, the application will be working and interacting with the real live Expanse network.

With all of this out of the way, it just leaves them with the prospect of working on the most important part of their application. When we spoke to them, they were fiddling about with the bare bones user interface as you can see above. The base layout is already working and their aim is to:

That only leaves a way for users to dispute bets and arbitrators to make decisions before the entire application is complete. As always they were able to give us a quick peek at what that will look like as you can see below:

So if all goes to plan, it looks like we should all be able to use Slips in the very near future!

Thought provoking musings from a community member: “I once thought about becoming a futurist until i sat down with my pen and paper,then realised how hard it is to imagine a future any different from today……….Can anyone here imagine the perfect future and how blockchain can be implemented in everyday life? Or is blockchain just a fad where everyone wants to get on the bandwagon to make money,like the million dollar domain name days? ……….What are you views?”
Christopher Franko shared, “It’s hard to really explain what the Expanse vision is. My vision is to create tools that people can string together to create the world they want to live in; to get rid of the oppressors and take back control. My problem is telling people. I can build and do all day. But getting people to realize what I’m trying to build.. hard af.”
A community member comment in regard to the regulatory environment, “I think one thing to keep in mind is that the laws around crypto shifted rapidly and forced Expanse to change plans. And I think they’ve done a good job adapting and staying legally compliant, taking the hit in their development to keep the project legal.”