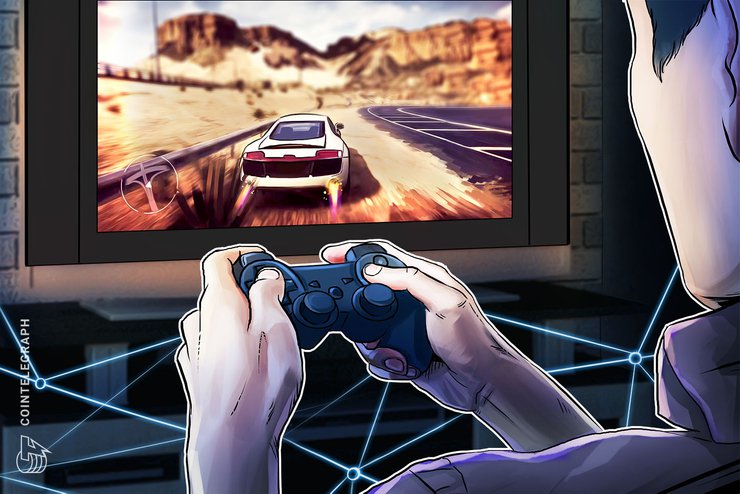 French video gaming giant Ubisoft is allegedly exploring potential blockchain applications in gaming as a strategy to gain a more competitive edge in the industry. The news was reported by daily French financial newspaper Les Échos on June 11.

Per Les Échos, Ubisoft has been quietly exploring blockchain applications for several months, and has allegedly already identified one in particular for implementation. The paper write that Ubisoft reportedly plans to put intra-game virtual objects or accessories onto the blockchain and monetize them.

As the report notes, the model bears some similarity to that of the overwhelmingly successful video game Fortnite — published by Epic Games — which is free in itself to purchase, but allows gamers to buy virtual content that equips their game character.

The virtues of a blockchain-powered ecosystem for virtual accessories would be that it preserves gamers’ digital property rights. Citing an unnamed industry specialist, Les Échos notes:

“When you buy a costume on Fortnite, your investment is lost, the accessory is locked in the game. If we use the blockchain, we give a physical existence to a digital element.”

An anonymous source allegedly close to Ubisoft’s blockchain explorations told Les Échos that the firm would consider using the Ethereum blockchain for its application, and claimed that work on the initiative was already at an advanced stage.

It has not been disclosed whether Ubisoft would launch blockchain-based virtual content within one of its existing franchises or a brand new game, although Les Échos notes that the second option could ostensibly carry lower risks.

For the time being, no timetable is reported to have been set and the firm ostensibly continues to explore possibilities — meanwhile anticipating that French legislation on blockchain will be further clarified.

Ubisoft is a publicly traded company, as Les Échos notes, and claims that the markets could react in an unpredictable manner to the launch of a project using such an uncharted and innovative technology.

As reported this spring, blockchain startup Animoca Brands announced it had signed a global licensing agreement with Formula 1 to publish a blockchain game based on the world-renowned racing series. Animoca had also previously entered a licensing agreement with Atari — famous for being the developer of iconic video games such as Tetris and Pac Man.

In February 2018, Atari saw its share price skyrocket by over 60 percent after announcing that it would be investing in cryptocurrency.

Introducing Quest – The first component of the Exp.Life Multiverse

Expanse is opening a store for N95 Masks.

Some of the views! If you are suffering from heart burn or weird symptoms the medical field can’t figure out. Reach out and let me help you. Also looking for beta testers.

As a way to hedge crypto and fund Expanse, our team has been working on a mobile health app that helps people discover allergies by analyzing users diet and correlating that data with their symptoms. Yesterday we completed our MVP and began our next phase of testing.

7500 more blocks to go until hardfork!

Whats a controversial ETH change you would like to see implemented in EXP?